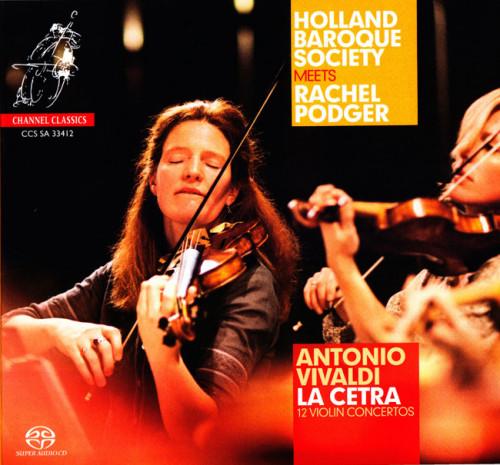 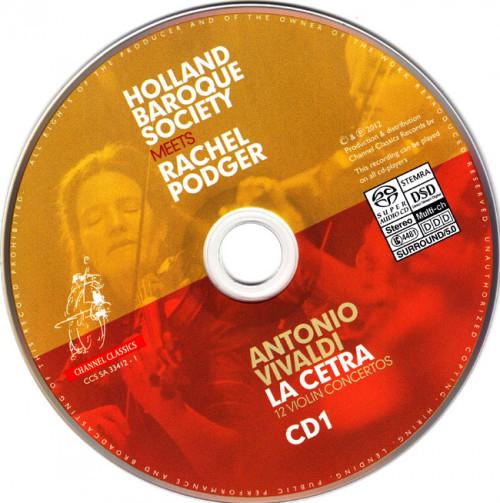 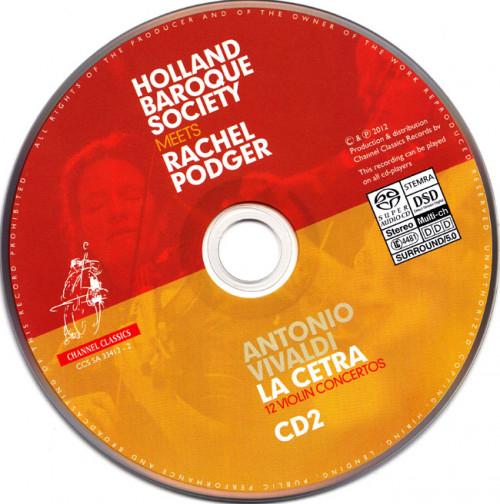 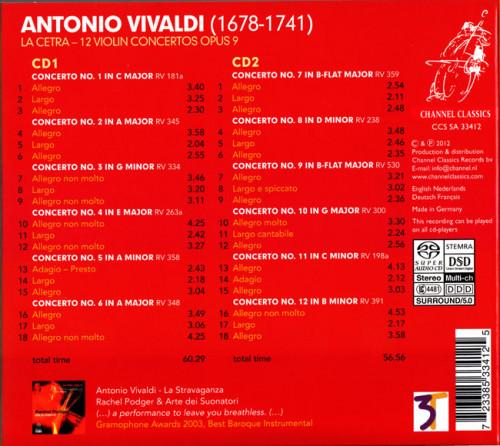 At a time when Bach, Telemann and Handel were still young, in the early 18th century, Venice was nothing less than a musical magnet, and its greatest attraction was the raging, virtuosic violin playing of the priest-cum-composer Antonio Vivaldi. His performance was even recommended to tourists in a city guide dating from 1713. Inspired by such enthusiastic stories about this violin marvel, numerous musicians from all over Europe made their way to Venice to receive lessons from the master. In February 1715, for example, the Frankfurt lawyer and impresario Uffenbach attended an opera in the Teatro Sant'Angelo: ' Towards the end Vivaldi played a solo, most admirable. Finally he gave an improvisation, which brought about a great shock in me. For things like this are really unplayable, now and in the future. His fingers came within a hair breadth of the bridge, so that hardly any space remained for the bow, and he played unbelievably fast fugues on all four strings.' Uffenbach wrote later: 'After the meal, the celebrated composer and violinist Vivaldi visited me, which I had often urged him to do. I spoke to him about several concertos that I wanted to obtain from him and I ordered them. I had some bottles of wine brought for him. He improvised in a most complicated manner on the violin, truly inimitable. At such close sight I could admire his dexterity even better. I realised that he played extremely difficult and varied pieces, but in a manner neither pleasant or cantabile.'

HRAudio.net review by Graham Williams - May 13, 2012:
When back in 2003 Rachel Podger's recording of Vivaldi's 12 violin concertos Op.4 'La Stravaganza' Vivaldi: La Stravaganza - Podger/Arte Dei Suonatori was released it was universally acclaimed & quickly went on to garner numerous awards from many sections of the music press including Gramophone, Stereophile & The Absolute Sound as well as winning a Diapason d'Or. It is also interesting to note that even on SA-CD.net more than 100 people have recommended that recording. In the intervening years Rachel Podger has widened her recorded repertoire to make further highly regarded recordings of works by Bach, Haydn & Mozart, but she has now made a triumphant return to Vivaldi with this wonderful set of the composer's 12 Violin Concertos Op.9 known as 'La Cetra' ("The Lyre").

Dedicated to the Emperor Charles VI & published by Le Cène in Amsterdam in 1727 this set of 12 Violin Concertos represents some of the finest works of the composer's maturity. The richness & diversity of these 12 concertos is astonishing, & one can only marvel at the sheer level of inspiration displayed in each of them. One particularly interesting aspect of 'La Cetra' is that 2 of the concertos (RV348) & (RV391) - here the final concerto on each of the 2 discs - employ the use of 'scordatura', a retuning of the solo instrument's strings to produce changes in sonority & allow figurations to be played that would not otherwise be possible.

On her recording of 'La Stravaganza' Rachel Podger was accompanied by the fine baroque orchestra Arte Dei Suonatori, but here, as the disc's title indicates, it is the marvellous Holland Baroque Society. Perhaps unsurprisingly in each & every 1 of these performances there is a sense of total rapport between Rachel Podger & the players of what is arguably the finest & certainly most versatile European period performance group. Besides the usual strings the continuo includes lute, harpsichord & organ & even the delicate sound of an ottavino spinet in the slow movement of RV345. Just try the opening of the 1st of these concertos (RV181a) to experience a little of the wide range of colour on offer on these superb recordings.

Rachel Podger gives as authoratative & accomplished accounts of the solo parts as one could wish for. The vitality & freshness of her playing in the fast movements is a joy, as is the sweetness of her sound in Vivaldi's lovely cantabile largos. Of course, virtuosity is also present in abundance, though there is never any sense in revelling in it for its own sake. Eleven of these concertos are scored for solo violin, but the 9th concerto in the set (RV530) is scored for 2 violins, & here Rachel Podger is joined by Judith Steenbrink whose playing is seamlessly matched to her partner in the lovely 'Largo e spiccato' of this concerto.

One of the great delights of this set is that because each of the concertos is so varied in character & the performances are so captivating, one can happily listen to all 12 in a single 2-hour sitting without the slightest manifestation of ennui ever creeping in.

Channel's sonics on this 5ch DSD recording taped at sessions in September 2011 & January 2012 definitely justify the often over-used term 'state-of-the-art'. The 2003 'Stravaganza' set was recorded in a church in Poland, a reverberant venue that perhaps emphasised the bass end of the spectrum a little too much. For this new recording Jared Sacks has located to the Waalse Kerk in Amsterdam whose ideal acoustic for this style of music allows for a cleaner more open & balanced sound. The sense of air round the instruments is palpable whether one is listening in 2ch or Mch. The 2 SACDs are attractively presented in a double digipak & the liner notes include Rachel Podger's thoughts on both the music & working with the HBS. An amusing letter to Vivaldi by Judith Steenbrink "On behalf of the musicians of the Holland Baroque Society" completes the package.

There is little doubt that this thrilling set will soon grace the shelves of the Venetian master's admirers world-wide & it is certainly 1 of my discs of the year.

….the performances are not eccentric. Neither overfed & ponderous like old modern-instrument recordings, nor aggressive & edgy as is the current fad, Podger's interpretation is generally middle ground. It's well tuned, & supported by a richly varied continuo of archlute, theorbo, guitar, organ & harpsichord.
~WQXR: Album of the Week

….Stravinsky's alleged description of Vivaldi as "a dull fellow who wrote the same concerto 300 times over" prompts the question "How many did he know?" - especially when you listen to 1 of the published sets of 12 for violin & orchestra. The variety of Op 9 astounds the ear, especially in these feisty readings, which emphasise the folksy roots of the dance movements & lend them an almost funky modernity. The highlight here is the B flat major double concerto - with Judith Steenbrink as 2nd violinist - & especially the largo e spiccato, juxtaposing a jerky orchestral ritornello with a languid 'love duet'.
~Sunday Times